When I sat down to create this Gallery page, I struggled to come up with a theme for a page that is essentially a stepping stone to our annual photo galleries that contain pictures taken at our society’s monthly meetings and programs. The English idiom, “A picture is worth a thousand words,” came to mind. It’s true that, when it comes to detail, a picture of a subject reveals its meaning or essence more effectively than a description does. It’s also true that pictures help us recall detailed memories of special moments we have shared with friends and family. It’s because we feel that photographs are an important medium to record memories that we try to take pictures at all of our meetings, programs and other activities. Anyway, if you’ve arrived here as a transient stone stepper, on your way to our photo galleries, welcome. Now that you’re here, why don’t you take a moment  to understand the origin of, “A picture is worth a thousand words.”

This picture has 471 words and two pictures – take your pick…

This phrase emerged in the USA in the early part of the 20th century. Its introduction is widely attributed to Frederick R. Barnard, who published a piece commending the effectiveness of graphics in advertising with the title “One look is worth a thousand words“, in Printer’s Ink, December 1921. Barnard claimed the phrase’s source to be oriental by adding “so said a famous Japanese philosopher, and he was right”. Printer’s Ink printed another form of the phrase in March 1927, this time suggesting a Chinese origin: “Chinese proverb. One picture is worth ten thousand words.” The arbitrary escalation from ‘one thousand’ to ‘ten thousand’ and the switching from Japan to China as the source leads us to smell a rat with this derivation. In fact, Barnard didn’t introduce the phrase – his only contribution was the incorrect suggestion that the country of origin was Japan or China. This has led to another popular belief about the phrase, that is, that it was coined by Confucius. It might fit the Chinese-sounding ‘Confucius he say’ style, but the Chinese derivation was pure invention.

Many things had been thought to be ‘worth ten thousand words’ well before pictures got in on the act; for example:

The idea that a picture can convey what might take many words to express was voiced by a character in Ivan S. Turgenev’s novel Fathers and Sons, 1862: “The drawing shows me at one glance what might be spread over ten pages in a book.”

A similar ides was seen very widely in the USA from the early 20th century, in adverts for

Doan’s Backache Kidney Pills, which included a picture of a man holding his back and the text “Every picture tells a story”. Neither of the above led directly to ‘a picture is worth a thousand words’. Who it was that married ‘worth ten thousand words’ with ‘picture’ isn’t known, but we do know that the phrase is American in origin. It began to be used quite frequently in the US press from around the 1920s onward. The earliest example I can find is from the text of an instructional talk given by the newspaper editor Arthur Brisbane to the Syracuse Advertising Men’s Club, in March 1911: “Use a picture. It’s worth a thousand words.”

This little essay clocks in at 471 words. Perhaps I should have drawn half a picture instead? 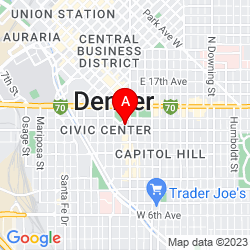 Our monthly membership meetings are normally held in the 7th Floor Training Room at the Central Denver Public Library on the fourth Saturday of each month.

Do NOT follow this link or you will be banned from the site!